Snowstorm of the Century No Match for Castle Rock and PlowOps

Snowstorm of the Century No Match for Castle Rock and PlowOps

While the Denver area survives plenty of snow every year, massive storms can still cause big problems for motorists. Such was the case with the colossal storm on Nov. 26, 2019. The storm frustrated drivers and made the roads extremely difficult – unless you were in the Town of Castle Rock. This town kept its motorists safe and its roads drivable, thanks in part to a streamlined snowplow tracking solution called PlowOps™.

Billed by the National Weather Service in Boulder as Colorado’s snowiest November day since 1994, the two-day storm dumped up to 24 inches in the metro area and 33 inches across some parts of the state.

Commutes that typically took 30 minutes lasted more than two hours. Several downtown Denver intersections were clogged with jackknifed buses. A number of wrecks put US 36 at a virtual standstill.

Snow piling up on the streets didn’t help the situation and it stayed until melted by the sun. According to longtime downtown Denver worker Davis O’Connor, the snow problem on Denver’s streets has been the same for the past 40 years. Piles of ice, sludge, and snow end up strewn throughout the streets, serving as ongoing obstacles.

“We can all agree that the government’s job is to provide some basic services,” O’Connor said, “and certainly that includes snow removal.” 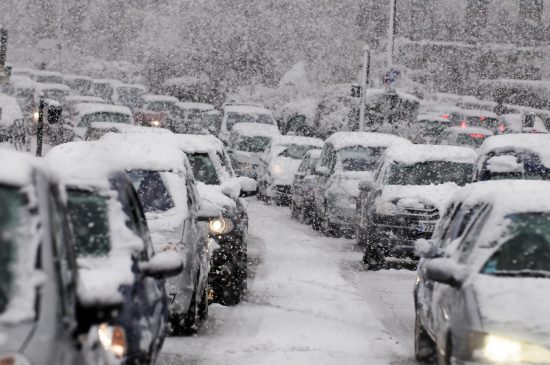 While Denver drivers were left in a state of bottlenecked frustration, motorists in the Town of Castle Rock were moving safely through the streets – thanks to Castle Rock’s dedicated team of snow fighters and to their new semi-custom snowplow tracking system PlowOps, created by NeoTreks.

As Castle Rock always looks for ways to improve public services, it deployed PlowOps to help with snowy streets. The PlowOps solution was developed by NeoTreks to specifically meet the town’s plow tracking needs.

The timing for its first use defined Castle Rock’s response to the massive storm event and future ones down the road.

As the first run for PlowOps in the Town of Castle Rock, the major success – exemplified by the road conditions and timely response to consumer needs – showcased how modernizing plow operations benefits everyone in a city suffering from snowstorms.

When drivers stepped into their vehicles, they had enhanced snow-fighting tools at their disposal. Every plow vehicle was outfitted with an Android tablet running custom-built snowplow tracking software, paired with high-accuracy GPS receivers.

This technology sent real-time data to a management dashboard used by dispatch and other personnel in the central office, where operations staff used the PlowOps mapping console to manage plowing assignments.

The real-time data also fed into a public website so residents saw where the streets were clear and an ETA on their street being cleared. The mapping site was featured on the Castle Rock public website throughout the storm. PlowOps effectively managed the snowplow services so the drivers knew where to go, where not to go, and kept residents safe all the while with up-to-date information from the public portal and map. This allowed residents of the Town of Castle Rock to drive on clear streets and avoid the dangerous ones until the plows cleared them.

Austin Mulder, VP of SaaS and Data Products at NeoTreks, detailed this experience by saying, “We’re thrilled to partner with Castle Rock and have the town we’re headquartered in leverage our platform. This experience showed how PlowOps’ tailored solution will fit any city’s plowing needs. Out of the box, it provides everything needed to digitize winter operations and modernize snowplow functions.”

PlowOps melted away the icy issues associated with winter storm driving operations, leaving a clear path for the city to follow in future snowstorms.

Don’t Just React to Storms, Prepare for Them!

PlowOps helps state and local municipalities drastically improve the safety and efficiency of their winter operations.

Want to learn more about how PlowOps makes it easy to modernize your snowplow operations? Your constituents will thank you.

Sign up now for our no risk, no commitment, FREE 30-day trial!